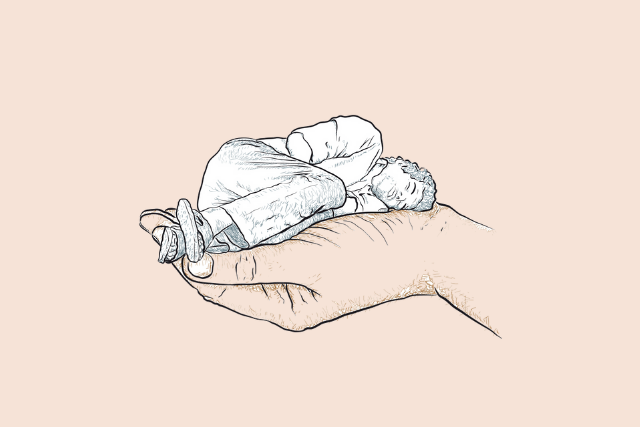 “One in six men will be sexually assaulted at some point in their life. It doesn’t make us weak or less masculine—nor should it. Rather, we, as men, should encourage other men to speak up, to be courageous, share this burden with others, and to attend therapy and take medication. There is such a thing as healthy masculinity, and we can find that in our fellow men, in comforting those who are having a rough time. Seeking help in a healthy way, wanting to be better, practicing empathy and compassion and caring for each other are ways of practicing healthy masculinity.” ~Anonymous

Why is it that men are less likely to be supported than female survivors of sexual assault? No matter a person’s gender or sexual orientation, all survivors deserve love and support.

In 2013, I became an activist for survivors of sexual assault. I was living in New York City, and my method for getting the message out was through chalk art. To reclaim my voice after the NYPD threw out my sexual assault case, I went all over Brooklyn and Manhattan scribbling chalk art messages about consent.

Since then, I have done thousands of chalk art drawings all over the world, from Europe to South Africa. Using art as a tool of activism has been an extremely powerful way of reaching millions with an important message: It’s time to replace the current rape culture that we live in with a culture of consent.

It’s a common notion that it’s impossible for a male to be raped. Male survivors who speak up are often met with the response, “How can a boy get raped?” The answer is, if he does not give his consent, it’s rape.

It doesn’t matter if the rapist was male, female, or any other gender identity. If he denies consent, it’s rape. Any person of any gender can be raped.

Imagine how hard it is for a woman to speak up and report a rape. That difficulty is doubled for men because the patriarchal concept that “men cannot be raped” ruins any hope for male survivors to get the support they deserve. This concept totally dismisses the real-life experiences of millions of men who actually have been sexually assaulted.

For fear of not being believed, it’s fair to assume that millions of men hide in silence. Very few heal or recover due to the stigma of male rape.

Men’s stories matter. Men’s healing is just as important as healing for others. When men heal, the whole world heals, because the world is still run by men.

Suicide rates are often higher in males because so many of them fail to express their emotions due to the patriarchal concept that crying is a sign of weakness, particularly in men.

When a man is seen crying, he is often told to “man up.” Due to fear of being called weak, men hold in all their tears instead of releasing them.

Shaming men and boys out of crying is mental torture for those who truly wish to express themselves. Men who have been raped should be uplifted in their healing, however they see fit. If their healing includes shedding a tear for all the pain they endured, it is their right to do so.

2. The person who did this to you is the only person to blame, not yourself.

3. You are not less of a man for being sexually assaulted.

4. Being a survivor does not define who you are as a man.

5. A survivor is anything but weak.

8. Things will get better.

9. You are so incredibly strong.

12. What you are going through is temporary.

14. You’ll see the light one day and be happy again, I promise!

15. You have many people who believe and support you.

16. You are worthy of love and respect.

18. Talking about it to someone you trust will help.

23. You’re safe to express your emotions.

24. Some days may be better than others, but you will get there.

25. You will grow and survive this current pain.

27. Even if you had an erection, you still weren’t “asking for it.”

29. We applaud you and your courage.

30. Feel the pain instead of numbing it.

34. The sickness of another is not your burden to bear.

35. Being a victim is difficult, but in time you will heal.

36. There are people out there that love you and are willing to listen to you (including me).

37. Keep staying alive. There is so much to live for.

38. You are brave for admitting what happened.

The idea that men cannot get raped is perpetuated by the false belief that all men want is sex, every hour of the day. While I was doing #StopRapeEducate chalk art in New York City in Union Square one day, a young, Afro-Latino couple stopped to read the message I was writing: “Rape knows no gender.”

The girl looked puzzled and asked me what it meant. I told her that it means anyone can get raped, whether they are a male or a female.

She burst into laughter and said, “A guy…. hahaha…get raped?! Ha! How is that even possible? Shit, I’m sure they would love that. That’s every guy’s dream.”

I gave her the straight-face-emoji-look and said, “Actually, that’s not true. Men who get raped are traumatized just as much as female victims. I’ve met tons of guys who have been raped. It’s a serious problem.” She straightened up quickly.

Men have freewill to decide if they want to have sex or not. If you are someone who dates men, it’s important to accept that the men in your life may not always be in the mood to do it, and that’s okay.

Before I understood this, in my younger years, I recall pressuring myself to be readily available for sex with guys. I would even go as far as to pounce on them, thinking that that’s what they wanted. I had seen it a million times in movies as a way of women initiating sex: no questions asked, just pounce.

One of my friends that I used to hook up with told me once that he was tired of my sexual advances. I felt so ashamed and disgusted with myself because I was caught up in stereotypes about male sexuality that I gave myself to someone that didn’t have interest in me.

The reality is, men and boys are not sex machines. Nobody is. It’s always okay to say no to sex, and it’s never acceptable to assume that someone wants to do it.

To create a safer, more loving world for all of us, let us respect and support male survivors of sexual assault rather than reinforcing toxic masculinity rooted in rape culture.