No American sport is more intensely regional than college football. Along that same line, no other sport makes a team’s division or conference such a central part of its identity. If you walked into an Atlanta Falcons game, you would never hear fans chanting for the NFC South. But you will occasionally hear fans of SEC football teams chanting “SEC! SEC! SEC!” because college sports are, well, just weird like that.

The 2021 season is about two months away, which means the unofficial preseason is already upon us. It’s not too early to start planning who to watch and root for. To help with that, I’ve ranked the 10 conferences in the Football Bowl Subdivision by how purely interesting they are. It’s not necessarily an assessment of who’s best, although No. 1 would be the same on both lists. Instead, I’ve assessed the college football conferences based on competitiveness and how exciting the matchups will be. Here’s what to watch this year.

The Most Exciting College Football Conferences

The best conference in the country is generally not as interesting as SEC fans insist. It goes something like this: Everyone pretends Alabama will not win, but then Alabama wins. And once in a while, Bama doesn’t win, and those same hucksters use the occasion to claim, “See! College football isn’t that predictable after all!”

That said, the SEC is actually more wide open than it has been in years. Bama is the eternal favorite, but the Crimson Tide lost six first-round draft picks, including QB Mac Jones and all of his deadliest skill position colleagues. It’s at least possible the Tide will have a relative down year.

Meanwhile, other teams are poised to make a run. Georgia is loaded and finally has an elite QB of its own in JT Daniels. Texas A&M finished fourth in the rankings last year and has enough players back on defense to contend for a national title. Auburn has a new head coach: longtime Boise State head man Bryan Harsin. LSU, freed from the anchor of having Bo Pelini as defensive coordinator, is trying to recapture some of the mojo from its 2019 championship season. There’s a lot of intrigue here! It’ll be fun to watch.

The Sun Belt was the most fun conference of the 2020 pandemic season. Coastal Carolina had an unbeaten regular season thanks to an innovative offense that defenses never did figure out, and Louisiana emerged as one of the country’s most watchable college football teams. Both Coastal and Louisiana have retained just about all of their major contributors from 2020, so they should both be great again.

It’s tempting to just assume they’ll meet in the conference championship game in December, but Appalachian State is always a threat, and Georgia State showed some signs of life last year. South Alabama has a new head coach—former Indiana defensive coordinator Kane Wommack—and his progress will be worth tracking. Plus, this year marks the debut of a new strategy at Texas State, the first college football team ever to not sign a single high school recruit heading into a new season. Instead, the Bobcats will rely on transfers to supplement their roster.

Ohio State is replacing quarterback Justin Fields, most likely with five-star redshirt freshman C.J. Stroud. Because Stroud hasn’t played yet, we can all pretend the Buckeyes might not win the Big Ten for a fifth straight year. But even when Ohio State does run away with the league, the Big Ten has a good bit of intrigue this fall: Will Penn State’s James Franklin and Michigan’s Jim Harbaugh turn around coaching tenures that seem to have moved in the wrong direction? Will Mike Locksley’s attempted rebuild of Maryland finally bear fruit?

The conference’s West division will also play football games this fall—just don’t expect them to be thrilling.

There will be a few fun things to watch here. Will USC get a little closer to being the USC of old, after an encouraging (but abbreviated) run of success in 2020? If not, will the Trojans fire Clay Helton or let him hang around for eternity? Will Oregon end the conference’s four-year College Football Playoff dry spell? Will Chip Kelly’s UCLA take its biggest step forward yet, perhaps buoyed by an early upset of LSU? And with new conference commissioner George Kliavkoff at the helm, will we get any hints on what the league will do when its TV contracts with ESPN and Fox run out in 2024? In a roundabout way, that TV situation might be the most important factor in determining the future of Pac-12 football. 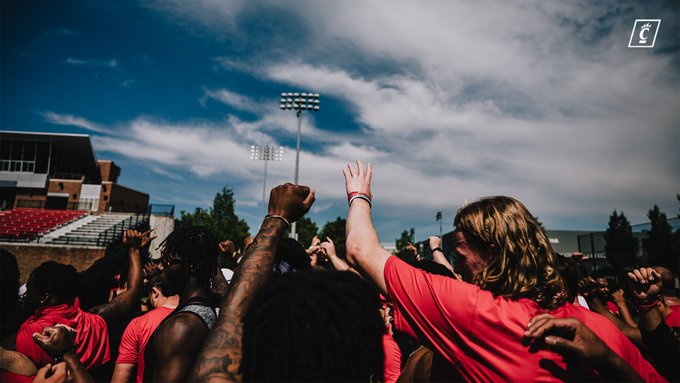 The AAC is home to last year’s top Group of 5 team, Cincinnati. The Bearcats will retain most of the key talent from a team that almost beat Georgia in the Peach Bowl, including QB Desmond Ridder and most of an excellent defense. Tracking UC’s attempt to win the conference again will certainly be entertaining.

Other AAC teams have good stories, too. It’ll be fascinating to see how UCF does with ex-Auburn coach Gus Malzahn at the helm, particularly because Knights QB Dillon Gabriel, while great, does not fit the classic mold of a Malzahn running quarterback. Elsewhere, Navy will try to regain its footing after a lousy 2020. And we’ll get to see whether Houston coach Dan Holgorsen is turning things around or if the most expensive coach in the G5 is falling flat.

The Big 12 likely won’t have a ton of drama this year. Oklahoma has won the conference six years in a row, and there’s no great reason to think the Sooners won’t make it seven behind starting QB Spencer Rattler.

Even so, there are a few items worth watching. Iowa State had arguably its best season ever in 2020 and looks like OU’s only serious threat. Texas is breaking in another new head coach, Steve Sarkisian, after firing Tom Herman last year. As offensive coordinator at Alabama, Sarkisian had the best talent in college football. He won’t have that same edge in Austin, so how quickly can he get things revved up?

Three big questions will shape much of the season in the Mountain West. First: How will Boise State do in its first year under new head coach Andy Avalos, a former Boise player and coach who was most recently the defensive coordinator at Oregon? Avalos replaces the highly successful Bryan Harsin, who left for Auburn. Will Boise remain the league’s top program?

Second, will San Jose State, a historically moribund program that won the conference out of nowhere in 2020, stay near the top of the league or start to slide? And third, will Nevada play so well that head coach Jay Norvell leaves for a Pac-12 head coaching job in 2021?

The MAC often struggles for national relevance, to the point that it has scheduled a bunch of its games on Tuesday and Wednesday nights to draw an ESPN television audience it wouldn’t otherwise get. The struggle will probably continue this fall, but the league has a few good things going for it. It’ll be especially interesting to see how Kent State does in its fourth season under head coach Sean Lewis. The Golden Flashes have one of the nation’s most explosive offenses, but they’re really bad on defense. Their non-conference schedule includes Texas A&M, Iowa, and Maryland—all potential upsets.

Looking elsewhere, the MAC took a big blow late in the offseason when Buffalo head coach Lance Leipold, who’d been in charge of the top program in the conference, left to take over the miserable program at Kansas. 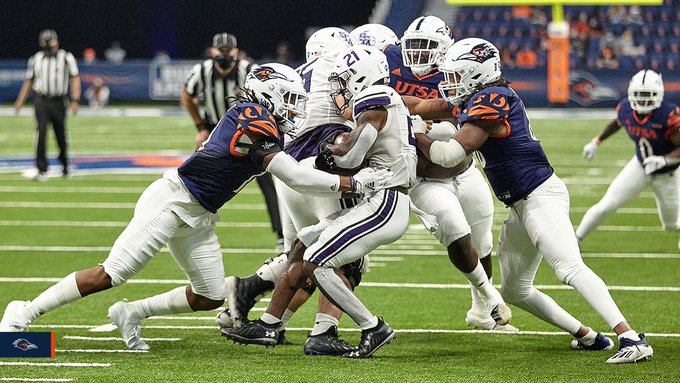 C-USA has a few quality teams. Marshall, UAB, and Florida Atlantic have all shown nice upside over the last few years. Plus, UTSA, North Texas, and Charlotte are all fun programs to keep an eye on—they’re located in recruiting areas that give them access to a lot of talented players. (UTSA in particular showed great progress in 2020.)

But there probably isn’t a great team in this conference, so we’re limited to focusing on how new Marshall coach Charles Huff does in his first season, whether UTSA keeps building something good under coach Jeff Traylor, and whether UAB puts together a strong season in its first year in a brand-new stadium.

Notre Dame made a one-year stopover in the ACC because of pandemic scheduling weirdness. This year, the Irish are back to operating as an independent, giving the Clemson Tigers a clear path to conference championship. Don’t expect any fireworks here.