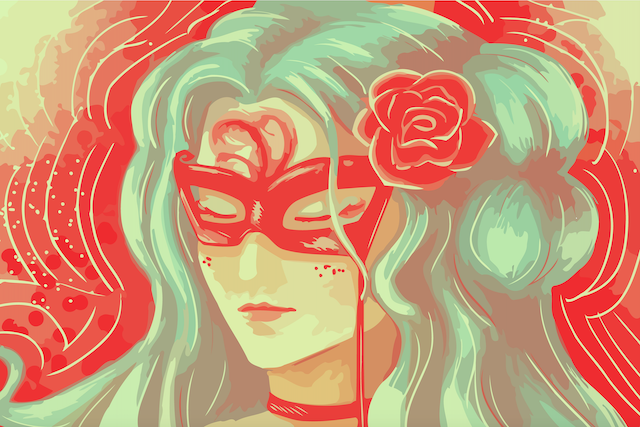 “Make the most of yourself… for that is all there is of you.” ~Ralph Waldo Emerson

Every day, it was more or less the same. I presented an edited version of myself to the world. I felt a deep level of discomfort with the idea of letting myself go. Could I? Should I? The answer was “no” every time, even if it wasn’t always a conscious decision.

It felt wrong to be myself in a society where we’re conditioned to believe that we have to look and be a certain way to fit in. I believed that no one would accept me as I was. That it would result in my personality being mocked or criticized.

After all, how can anyone understand someone who’s both quiet and bubbly? The two aren’t said to go together. If you’re bubbly, it means you’re outgoing, fun, lively. On the other hand, a quiet person is likely to be just that—quiet, all the time. At least, that’s what most people think.

And if you’re both, then there’s something about you that isn’t quite right because you can’t be put into one box.

As for the side of me that likes to laugh, be silly, and squeal in delight at rainbows, how childish. I need to grow up. I should be more mature like everyone else; play less and get serious about life because that’s how it is as an adult. Less fun, more… boring.

Those thoughts held me back for years. The “shoulds” I imposed on myself were endless, and they rarely worked in my favor, so parts of me remained hidden like some shameful secret that could never be revealed. It felt like the biggest annoyance to not be able to show all sides of myself.

As time passed, I started to notice some things about the way I interacted with people. I noticed that on some occasions, I would feel completely relaxed in a person’s presence. Talking to them felt like talking to someone I had known for years.

There was no tension, no paranoia about what they might be thinking of me, and no unnecessary mind chatter trying to convince me that I looked stupid or weird.

The second form of interaction was the kind of encounter where I felt judged with every breath I took.

The vibe was off, a total mismatch, and the conversation was strained. Was it me, and was I the cause of this disconnect? Perhaps, at times, my obvious feelings of awkwardness or self-consciousness left the other person with a feeling of discomfort. Maybe they gave up after hitting the invisible wall I’d built around myself.

And then, there was and still is the third type of interaction. The kind where I’m happy to talk to someone, but I make a conscious decision to not show all of who I am. It’s not necessarily because I don’t like the person or that I have anything against them. It’s often because I don’t feel a connection with them where I would want to show other sides of myself.

Sometimes, but not always, I see myself as a prize. The more we get on, the more of me you win. The deeper connection I feel, the more of the prize you get to see, which may come across as pompous to a certain degree. But this isn’t about thinking that I’m better than anyone else or getting to choose someone’s level of deservability.

It’s the level of connection that matters the most. In my mind, it’s not necessary to show everything to everyone all the time just for the sake of it, and perhaps that’s the introvert in me speaking. But that’s what has helped me to feel more okay with being myself.

No pressure, no forcing. Just doing it my way and understanding that I get to choose: In interactions, I either reveal more of myself or I don’t. And if my holding back results in my missing out on establishing a deeper connection with someone because they took off due to seeing me as “hard work,” then that’s both of our loss. A loss, however, that won’t break us, unless we let it.

So, when you struggle to be yourself, remember, you too have a choice. Always. And you don’t need to feel guilty or bad about not being your true self around others, especially when you don’t even want to. Sometimes, it may not even be appropriate.

Showing up as your full-blown glorious self can feel terrifying, and that’s okay because you’re human. So obvious but so easy to forget.

As humans, we ride the waves of life every day. Some of the waves are far too tumultuous for us to bear, and we’re left feeling battered, bruised, and shaken.

We believe that what we’ve experienced is an unshared experience—no one will ever understand; we think that what we’ve done shouldn’t be revealed—people will think ill of us; we presume that what we’ve not done is going to be held against us. That may be the case in some instances, but the rest of the time, we’re safer than we realize.

So, be patient with yourself and focus on embracing your humanness because that, more than anything, is what we all share. And when we embrace it, we make it easier for ourselves to accept what, who, and how we are.

It’s the remembering that we’re human and the compassion that we have for ourselves that steer us closer to being ourselves. Trying to be yourself while ignoring your human tendencies and being hard on yourself only leads to more trying.

Denise is the creator of Mission: Sugar-Free, a workbook that helps women prepare to quit sugar and stay successfully sugar-free TheSugarFreeLife.club.